Divestment in PSU’s – Is this an Opportunity?

Public Sector Undertaking or Public Sector Enterprise: The companies which are owned by the Government of India or any State Govt. or both can be considered as a PSU. The majority stake (51%) in any PSU must be owned by the government.

Depending on the stake of the union or state it can be further classified as central public sector enterprises (CPSEs) or state-level public enterprises (SLPEs).

In India, there are some PSU’s which have been awarded some financial autonomy. Based on this autonomy they are categorised as MAHARATNA, NAVRATNA, MINIRATNA. These tags are given on the basis of certain parameters like Networth, Net profit, EBIDTA, etc.

What is Disinvestment & Privatisation:

The Government can sell its majority of stake or a part of its stake to a private entity. If the govt sells less than the 50% of its total stake, it is considered as a Disinvestment, because even after the selling of the stake the control of the business would still remain in the hands of the government.

Conversely, when the Government stake selling exceeds 50 percent of its total holding, the control, and management of the company are transferred to private enterprise. This leads to the privatisation of the company. Therefore, in many cases, it has been noticed that while a disinvestment program the government retains 51 percent or more than that of the total equity of the public enterprises so that control and management of the whole business remain in the hands of the government.

Some of the Main Objectives behind the Disinvestment:

It has been observed that disinvested in CPSEs perform in a very good manner other than those CPSE’s which were not disinvested earlier. The reason behind this is by transferring the power to private investors the problems faced by the management of the company are more focussed which improves company’s efficiency & its performance by improving the quality of goods & services, eliminating excessive manpower utilization and enabling high profits. This enables them to achieve greater inflow of private capital into the company.

In June 2002, the Government divested 26% of its equity shares in favour of Reliance Petroinvestments Limited (RPIL), a Reliance Group Company. Later on RPIL acquired an additional 20% equity shares through a cash offer in terms of SEBI (Takeover Regulations) and held 46% of Company’s equity shares. IPCL merged with Reliance Industries Ltd. in 2007 & rest is history.

In 2002, Government of India decided to divest its VSNL shareholding, Tata Group acquired a 45% stake in VSNL & was completely acquired by the Tata Group and renamed as Tata Communications on 13 February 2008 , gave 450% returns in past 6 years.

The government is planning to lower its shareholding in some of the central public sector enterprises (CPSEs) to 49%  ahead three years. This disinvestment or more precisely we can say the privatisation of some companies will increase the autonomy, reduce the political obtrusion and also raise the valuation of the remaining government holding.

There are over 250 CPSEs in which the government holds 51% or more.

“The plan is to reduce government’s stake in most CPSEs to at least 49% over the next three years besides ensuring that the boards of these firms are more professionally managed,” – NITI AYOG.

“We must exit all companies except the ones that have some strategic importance,” the official added.

“The government will make sure that its control is not diluted after lowering its stake in public sector undertakings (PSUs) to below 51 percent”. – Finance Minister Nirmala Sitharaman.

Some of the sick PSU’s can be privatised by selling the controlling stake to the private entities.

On the other hand, the divestment in big PSU’s like NTPC, BPCL, ONGC will be done ensuring the controlling stake would remain in the hands of the govt. Following the government decision, the opportunity must not be missed for the long term investment in some good business model companies which are having great potential in the future.

Who knows that the market may see another Reliance or a Maruti in the future! 😉 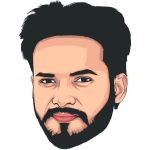